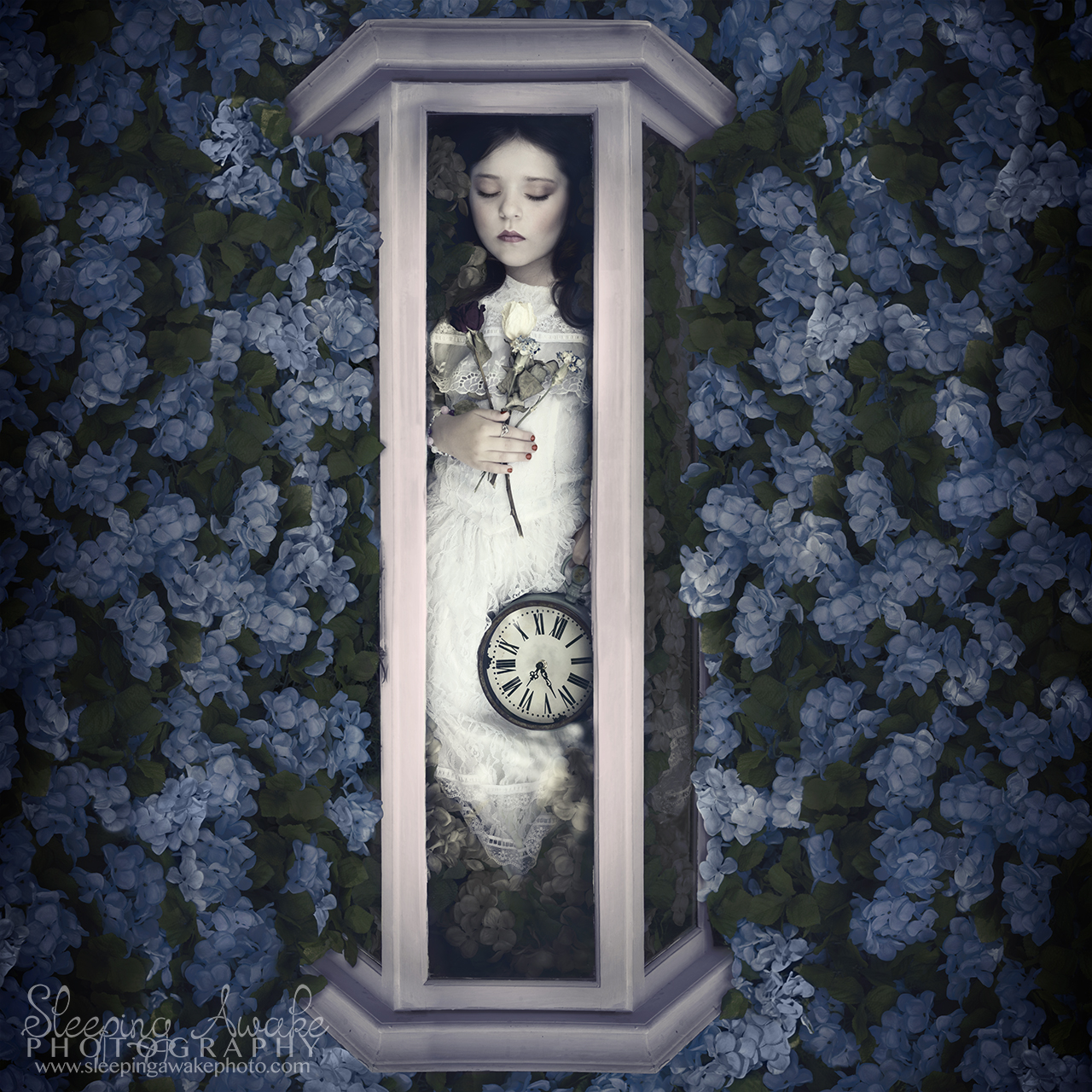 Creating Beulah Land was extremely cathartic for me. I’m a fairly active person when it comes to healing and coping with difficult situations. I don’t like to hold onto negative feelings for too long and I don’t allow them to consume me. If you’ve kept up with my blog at all this year, you know at this point that my grandmother passed. After her passing, I had a lot of anxiety and it was taking over my life. I couldn’t focus, I’d break down and cry, everything reminded me of her, seeing little old ladies triggered me, and so much more. I’ve dealt with anxiety before but this was too much.

I had to do something to heal. Healing doesn’t mean the hurt goes away completely, it just means that you can manage it. That’s what I did. I gave myself the time I needed to completely feel the pain of losing her. I’ve cried more than I have ever cried in my entire life in such a short span of time that I actually lost close to 15 pounds after her passing. The grieving process really took a toll on me mentally and physically but I feel it’s important to experience.

After the funeral, my family went to visit my mother’s side of the family. We stayed with my aunt and the following day we went to an antique store/ flea market. It was a really interesting place. It was set up in little cubicles (about 8ft x 8ft) of sorts and each one was owned by someone. The people who owned it didn’t stay to sell though, they had a register and employees at the front of the shop. Anyways, some cubicles had comic books, some had old clothes, and others had furniture. As I was walking, something caught my eye.

It was this tall cabinet that reminded me of a giant doll box. In my mind, I thought of a glass coffin. Having coffins where you can fully see through them is not uncommon, just not well known in the United States. In 2016, I went to Playa Del Carmen to teach a photography and Photoshop workshop. In that, we stopped and paid a visit to an open cathedral there. Inside was this glass coffin with a life size sculpture of Jesus inside. Something about this cabinet just reminded me of a peaceful fairy-tale. Think of Snow White and the glass “coffin” she was in.

Of course, my mind instantly went there due to events from that weekend. My mind didn’t know where to sit at. I went around and always ended up right back to this cabinet. I looked around for a price tag but couldn’t find one. We didn’t even have room in our car to take it back so I left. I took a photo of it and figured that maybe I could just build it later or something. A month later, we went back into town to see our family again to gather family photos from my grandmother’s collapsing house. After seeing my dad’s side of the family a bit, we left and went to visit my mom’s side. My uncle said I needed to see him and that he had something for me.

When I arrived, my aunt and uncle teamed up and suspiciously went outside. When they came back in, they hauled in the cabinet from the antique shop. I seriously couldn’t even believe it and I wasn’t expecting it at all. He still will not tell me how much he paid for that thing. I was grateful and knew exactly what I wanted to do for an image with it. The box is roughly 4′ tall in it’s entirety but the tallest person I could put in there would be around 37″ tall. So, here I was searching for a child model.

Let me just tell you, it’s not exactly easy finding a child model with parents that will allow them to play “dead”. I hate even saying it like that but the truth of the matter is that this image is definitely about death and the fragility of life. I’ll talk more about that later, though. I had a few people who were really interested in their children working with me but after telling them more about the concept, they tapped out. Eventually, I found a beautiful young lady who I thought would have been great, except when we got to the shoot, she was actually way too tall and we couldn’t bend her knees or anything to fit properly.

I didn’t give up and had faith that the right person would come along. When I lived in Charleston, I met a wonderful photographer who contacted me and said that her daughter would be perfect. I told her the concept and she was completely down for it, her daughter was excited, and it seemed almost too good to be true. We planned almost a month in advance to do the shoot and when the day came, the weather was horrible. Luckily, we were able to do the shoot the following few days later and it worked out perfectly. The weather was great, the shot came out exactly how I imagined it, and it was overall a great day.

I’m not going to lie, I was really nervous for this photoshoot. I was scared that they were going to drive 4 hours and she’d be too tall or maybe not follow direction well. It’s a six year old girl. Six years of age is all over the place. She did not disappoint me and was absolutely amazing. The model let me know when it got too hot inside and she needed a breather, she stayed completely still during the actual photoshoot, and she had an absolute great attitude. She wasn’t even scared of being enclosed in that small space. In fact, after the main image, she cooled off and hopped back in and wanted to take some “creepy” photos that were her idea. They came out really cool, if I say so myself.

That’s the overly long backstory to the image but what about the image itself?

There is clearly not an extreme amount of room to interpret the image in any other way than death. I’m fine with that. This image is probably one of my most personal images I’ve ever created. And if you know my work, you know ALL of my work is very personal.

So, what is the purpose of everything in this image?

I’ll break down each element the best I can. The cabinet, also known as my glass coffin, was as mentioned before, found and bought for me by a family member. That right there already ties thing image together in a special way. At first, I was going to have an hour glass inside but later changed it to something that would be even more personal. The time on the clock is the time my grandmother took her final breathe. The actual time of death, based on doctors announcements, was about 15 minutes later but I don’t count that.

The model is holding the flowers from my grandmother’s casket spray. I’ve placed the bracelet I made my grandmother (the matching one I made for myself) on the same wrist I placed it on her at the hospital the night she passed. It also stayed on in her final resting place. The ring on the girl’s finger is my grandmother’s ring that I also wore at my wedding, which was the last time I saw her before seeing her unresponsive in the hospital. The dress is basically the sister dress to the one I wore while taking final photos in my grandmother’s house (images still not released, I’m still not sure I want to). My grandmother loved having her nails painted and when she passed, we had them to paint them her favorite red color. I added that as a small detail as well.

The final thing that is the most prominent in the image is the bed of Hydrangeas. In some cultures or meanings, Hydrangeas are actually thought of negatively. For me, I looked deeper into what they mean and made my own meaning from it. Not widely known but it’s personal for me that way. Hydrangea roughly translates to “water barrel”, referring to it’s need for plenty of water and it’s cup-shaped flower. For me, I translated that into the constant need of a loved one’s presence. Isn’t that what death does? It takes away a person’s presence. Memories will always be there. Photos and physical items of their life will always be there but they are no longer with us.

This image is a solid artistic memory of my grandmother in every way. When coming around to naming the image, I was absolutely stumped. I didn’t want it to be something cliché like, “Good-Bye”, “See You Again”, “Loss of a Loved One”, etc. I wanted it to have true meaning or at least bring something poetic out of the image. What words can I say that mean my mamaw? I did some mind ping pong with my best friend, who also knew and loved mamaw, and eventually I came up with Beulah Land. This was the song that was played at my mamaw’s funeral. As soon as I said the name, my friend instantly said yes and I started to cry. I knew that was it. It was complete.