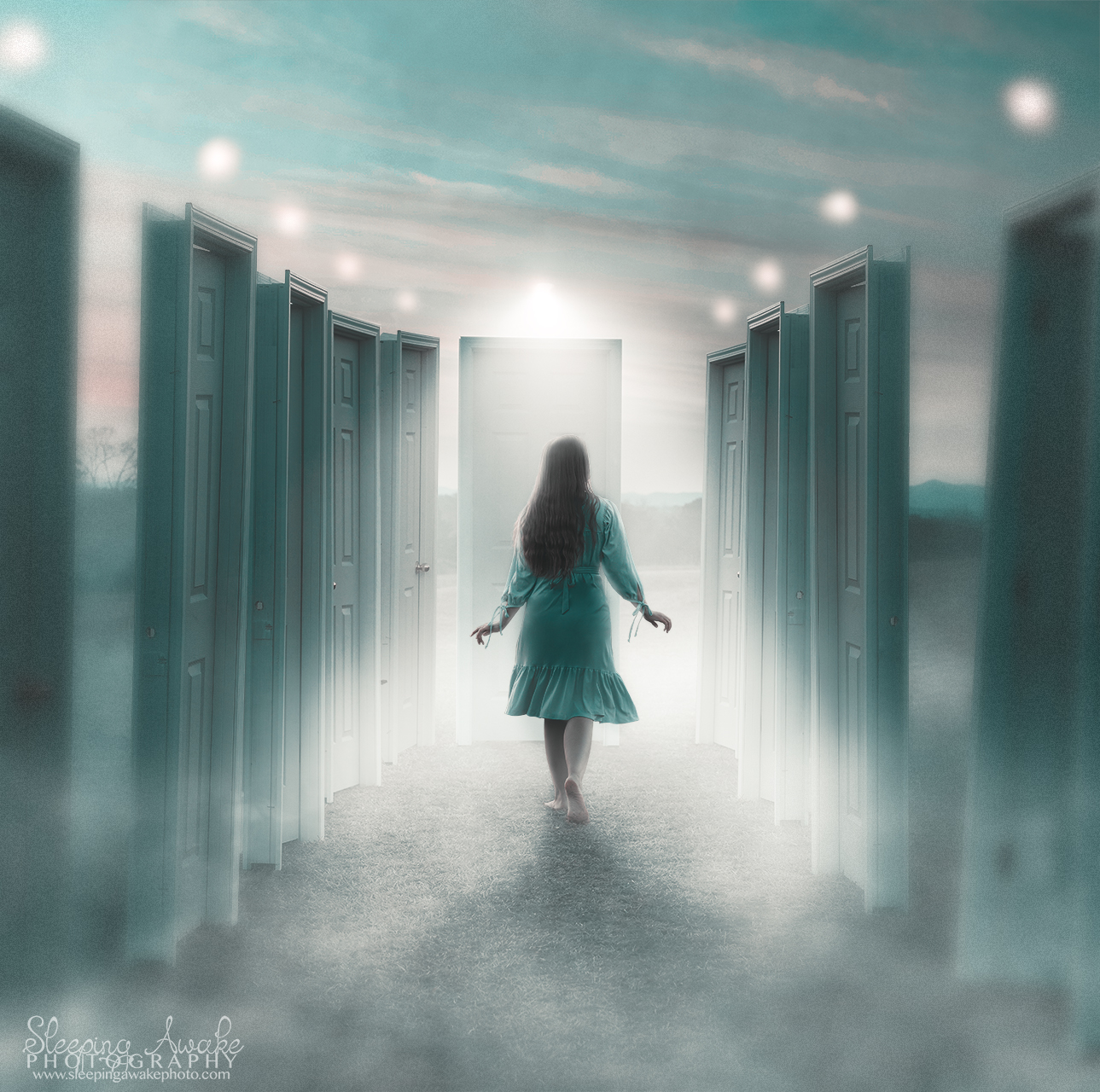 Posted at 21:51h in Blog by Samantha 0 Comments
Share

I am welcoming 2023 with the biggest open arms of my life. 2022 has been the absolute worst year of my entire life and I really just want to forget the majority of it. If you haven’t paid attention to any of my social media posts or reading on my blog, let me just fill you in briefly. My mother passed away in March from stage four small cell carcinoma, a very aggressive lung cancer. It wasn’t just the fact that she had passed, but several events leading up to her passing that had made everything magnified.

Not only that, there are a few things going on in the background that has been haunting my family ever since my mother’s passing. We are getting to the bottom of it but it has drained us and kept our wounds open. 2022 has been one long nightmare after another with very little healing. However, I am not someone to let things like this drown me. Have I been suffering deeply? Yes, very much so all the time and every moment. But I try my best to push through and make sure whatever the situation is, I am making the most of it… even the worst situations.

With all of that said, I became a full-time caretaker for my mother last year up until her passing in March this year. I used all of that knowledge and experience and channeled it into a new career. Less than a month after my mother passed, I enrolled in a fast-track style CNA course and by May I was on the registry. I gave myself time to heal and relax and then applied and obtained my first CNA job in the mid June. What I thought was going to fulfill me only opened a wider void. I was filled with anger, sadness, and utter shock at how things went.

I came into this new job under the assumption I would be working in the theraputic section to help people heal and go home. Instead, I was placed in long-term care with my first day by myself having 15-20 residents. It was hard and challenging but rewarding. I went home and cried because my body hurt so much but I knew over time I’d build muscle and could endure the workload easier and that’s exactly what happened. What also happened was within my first week I learned the real nature of this place.

My first initial thoughts were just how disorganized the staff, especially administration, and the entire building was. Things were dirty, smelly, disorganized, etc. I almost quit the first day because of the cleanliness alone. I was heartbroken for how this place looked and according to literally every single person I’ve talked to, this is how the majority of nursing homes are. That is just crazy to me. There are also people who think it is okay to speak however they please about their co-workers. Within the first week, gossip was being spread about me. not just gossip, but blunt lies. I was not standing for it. I immediately went to HR and the DON and spoke about the situation. Unfortunately, nothing was resolves. The same people who were jabbing off at the mouth were still doing such. Not only that, they were the laziest people I’ve ever seen.

One specific CNA has been there for years and so I’m assuming she is just overly comfortable. She sat on her phone all day long and I think I saw her help residents only a few times. Now, I am busy and doing my own stuff in rooms constantly so this is just in passing. However, anytime someone would ask for additional help she would say she’s not their CNA, walk away, or go into the rooms turn off the call light and walk right out. It was deplorable. There were other CNAs who were yelling at residents, manhandling residents, and outright ignoring their needs. I caught several CNAs double briefing residents, leaving dirty sheets on the bed after a bowl movement mishap, not showing residents, or showering them poorly. I even witness, on multiple occasions CNAs ignoring certain residents by avoiding giving them their food. They knew I would do it so they left it to me. That’s how how this works. Teamwork means teamwork, not push work off to another CNA.

The work environment was extremely toxic, both figuratively and literally. I made several complaints about workers and how they treated and handled residents. I never saw any change. In fact, I was retaliated against. I was getting people trying to “correct” me on things I would do, even though I was doing them correctly. I had people start to constantly breathe down my back to try and catch me slipping up or doing something wrong. They couldn’t find anything. The only thing they could reprimand was that I was too detailed in my charting. Yes, there is a lot a CNA is not allowed to do but I was so used to caring for my mother and knowing how to report everything properly that I wasn’t used to no notes or simple things like only charting bowl movements or incontinence.

This doesn’t even cover half of what I experienced and what I witnessed, but it’s hard to relive it all. I quit after 2-3 months of working there. They begged me to stay and instead placed me as PRN. I never picked up another shift so they took me off the schedule 4 months later. I do still visit the nursing home, I loved the residents dearly and every day I feel like I abandoned them, but I couldn’t deal with the abuse. I tried to make changes in my own way, but when an issue is systemic there really isn’t a whole lot I can do. I would deep clean each resident’s rooms only to come back the next day and it would be destroyed. I know, with 15 residents, if I can keep things clean then so could other people. They just chose to stay on their phones all day instead of doing their job, which their title literally says care in it.

I couldn’t work for a place that was okay with being mediocre and facilitate toxic behaviors. I was not okay with people being coddled just because they’ve been there for a long time, they’re old, or they need the help. You know who needs the help more? How about the 150+ residents who are bedbound and some are forced to be bedbound because the facility didn’t want to pay attention to residents to prevent falls. I even had to report nurses and CNAs denying helping a resident to the restroom and locking her bathroom door so she couldn’t go. Even if this lady wasn’t my resident, I would go and help her each time. It’s really pathetic people take a job they don’t want to actually do.

It enraged me. It got so bad that I was having major panic attacks, crying, and throwing up before work each day. I didn’t want to go in and have to constantly do other people’s jobs. I was constantly reminded of how my mother was being cared for in the hospital. I’d call for help all the time and nobody would come. Same at work. I would ask people to help with heavier residents and nobody would show up. I’d ask for help on random things and nobody would help. It really was an actual living nightmare. I actually did have nightmares and still do. I was traumatized deeply by working there. While I’m glad it’s over and very happy to be in a position where I can quit and not worry, I still really loved that job. I absolutely loved the residents. They became like a new little family for me. Unfortunately, a few of my closest ones have passed already, but there are a few left that I visit.

I just wish people cared more. Vulnerable adults are just that-vulnerable. It’s not fair to them to be made fun of, neglected, and abused. I wish I could do more and I am working on it. The only way for me to truly make change, in the future, is by getting a higher title. I am currently in school to be an LPN working towards becoming a Wound Care Nurse. I may go full RN in the future but I have set goals for the time being and I want to meet those because I add additional goals. I’m working hard every day to not drown in grief of my mother’s passing but it is hard. I cry every day and to a certain degree I have to not look at photos of her, hear her voice, read her messages, etc. It’s too raw for me right now. Like I said, there are some behind the scenes things going on right now that I can’t speak about that is keeping things raw, but when I can speak more freely… I will.

I just want and hope everyone knows that I will answer the Call Light no matter what. I am never too busy or too tired. I am there to help and everyone deserves their dignity and right to proper care.