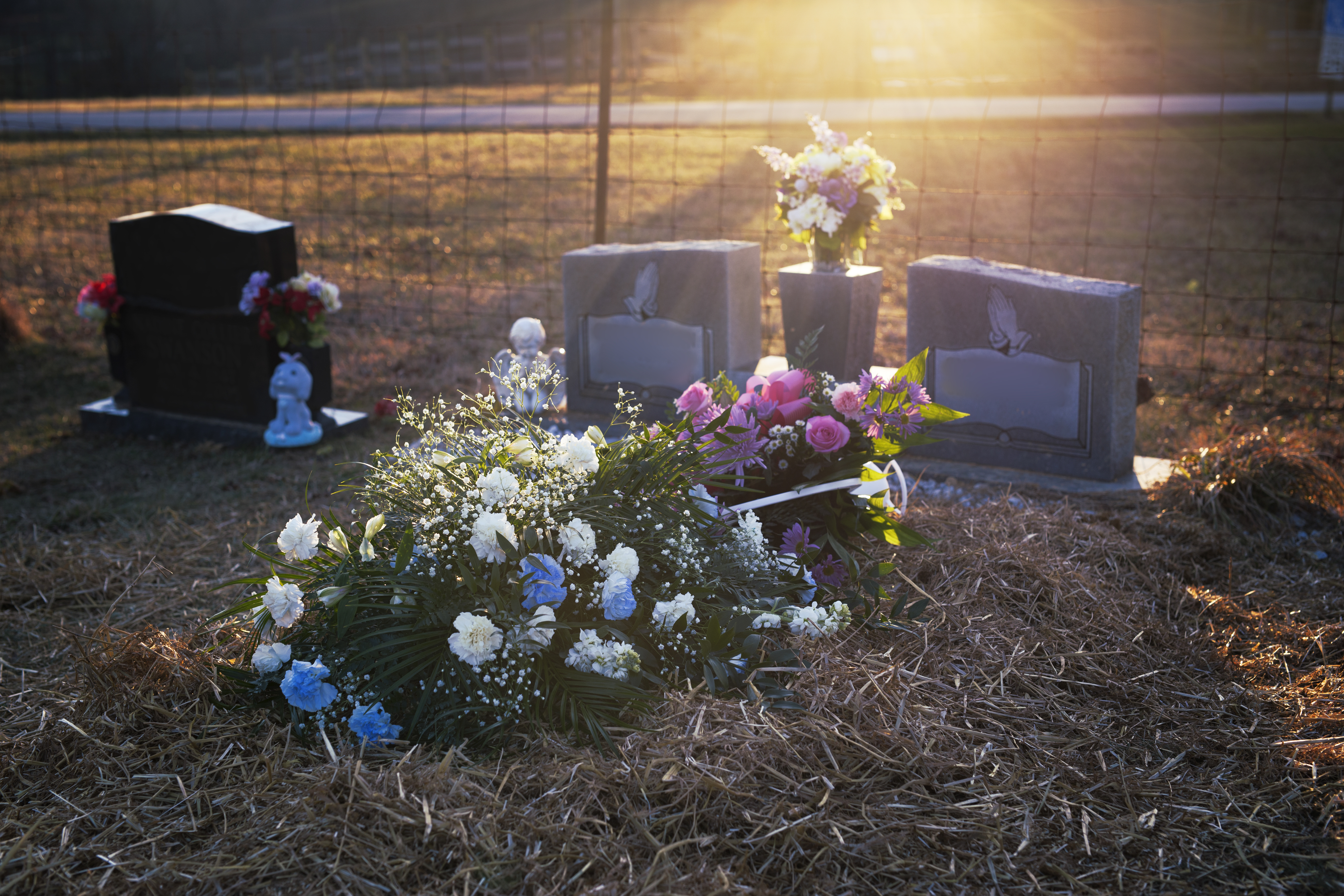 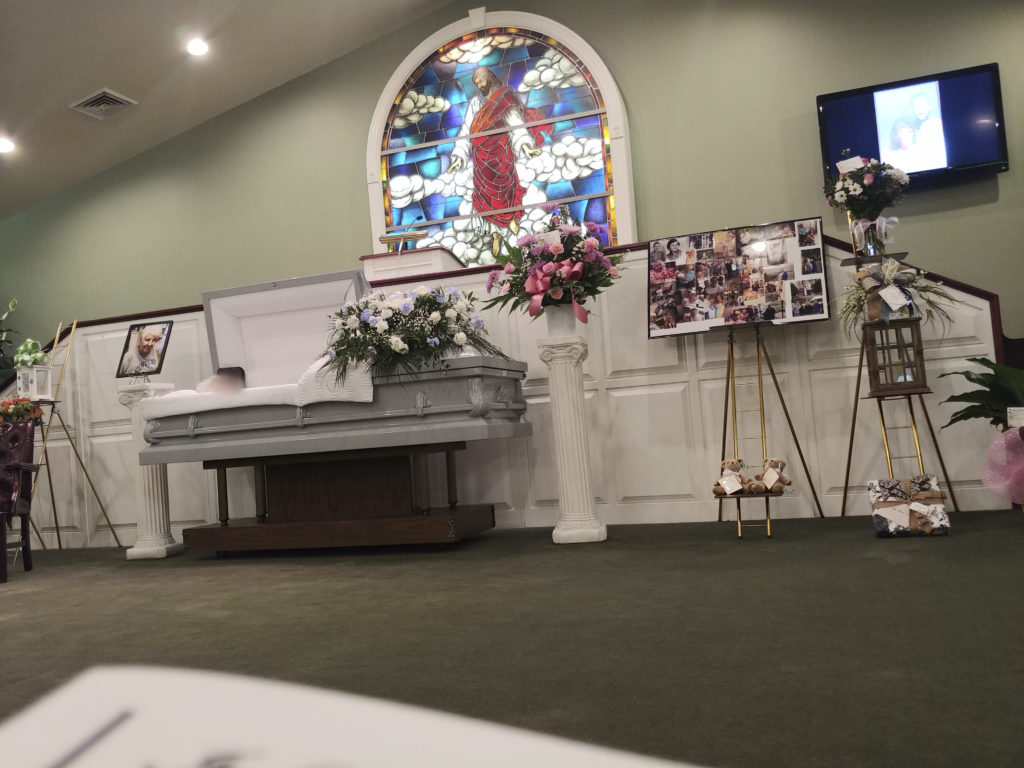 Saturday, February 9th 2019, the funeral. I walked into the chapel around 11am where the viewing was taking place. I saw her from a distance and couldn’t approach the casket. I didn’t want to see her like this. Even though I saw her after she passed in the hospital room, I wasn’t fully ready just yet. My sister in law took one look and burst into tears. All I could do was give her a hug. I slowly approached the casket and my mind was full of mixed thoughts like, “This isn’t real.” and “It’s really peaceful here.” As my eyes rested on her closed lids, I welled up with tears and a knot formed in my chest. My mind was telling me that this wasn’t my mamaw.

She looked so much different. She looked great but it wasn’t how I remembered her. Her hands were very stiff and flat, almost hovering above her body like they couldn’t rest. Her hair was in a style I haven’t seen before. Her lips looked thinner and overall she looked like a shell. As awful as that sounds… that was the first time I think I felt her not being there. I went around searching for a few different family members to say hello, mainly the ones I knew. Meeting people in my family for the first time was such a blur I can’t even remember them all. In fact, there are still some I can’t even remember meeting and I’m still learning new ones every day.

Eventually one of my cousins come in and I spot her. I asked her if she was ready and she said yeah. She took my hand and we walked down the long church isle. It felt like the longest walk of my life but I wanted to be there for her. Surprisingly, she wasn’t as upset (physically) as I was expecting. I knew she was keeping it together for her kids, but I also knew she had more time to process things than I did. This whole situation really made me understand just how sensitive of a person I truly am. Through this, I have realized how fragile my heart is and how much anxiety I have over losing my loved ones.

The funeral felt like it was never going to end. I wasn’t ready to let her go but I cried almost every single second I was there. If you could see a person’s heart breaking it would look like me that entire day. I’ve felt extreme sadness, loneliness, and emptiness before but nothing like this. This made all of my depression seem so mild compared the sadness I was feeling. Oddly enough, I didn’t feel empty like I thought I would. I felt whole with the idea of my grandmother being at peace. 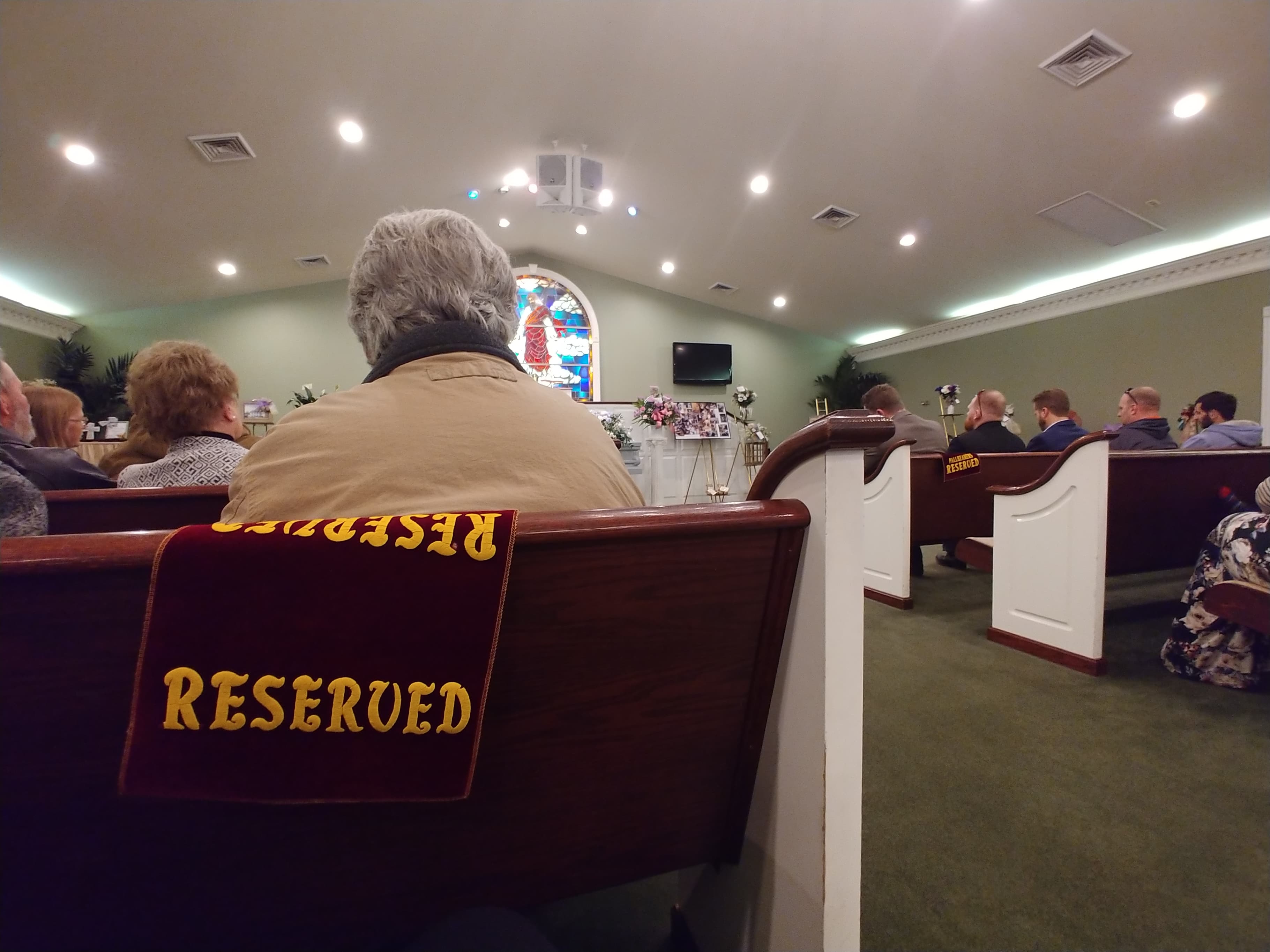 After a few hours, the funeral home director asked for all to gather in the chapel. They played a few songs that tore me up and the preacher spoke. It was a really simple service but it felt like I would be going in the casket with my mamaw because I thought it was never going to end. (For those who don’t know, I have a dark sense of humor. My mamaw always laughed at it, so I’m comfortable saying this.) I was in no rush to bury her but I was also not wanting to prolong the entire thing either. Eventually, the service ended and they allowed row by row to get up and say one last goodbye before going to their cars.

I walked up and couldn’t even look at her. I sat off to the side because I was riding in the car with my father, mom, and uncle. After everyone was out of the chapel, I looked back at her for one last time. The final image I had of her was closing her in. They took my papaw’s Bible and placed it in her arms. I watched the bracelet I made her slide down her arm as they placed her arms over the Bible. It was a scene I kind of wish I never saw because it really showed just how much she was not there.

I originally wanted to go to school to be a Mortician. There is a story as to why I didn’t but I always wonder how my perspective on death and funerals would be if that was my career. Would I be less sensitive? Would I be more sensitive? I always feel like I would probably cry the entire time but maybe if it wasn’t someone I knew then it would be a different story. Little did I know that this would be tested a few months later when I went to my husband’s friends funeral. I didn’t know his friend but I definitely cried for her, her family, friends, and the memories she left behind. 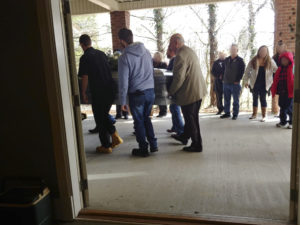 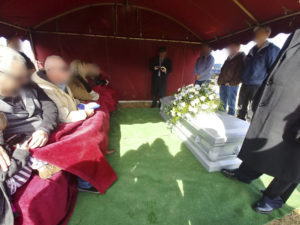 They close up the lid on my mamaw’s casket and wheel her to the door. My brother, along with 5 of my cousins, pick up the casket and place it into the hearse. I got into the car and what I experienced was so surreal. As we were driving, every single car was stopped along the road. You’d think that was normal but where I’m from, only half of the people will do that while the other half will cut off a funeral line. It was such a beautiful sight to see and one I will absolutely never forget. For miles, even at green lights, every single car was stopped or pulled over. Not one of them budged. Police and civilians were standing on the sides of the roads with their hats off and to their hearts. People were saluting and paying respect as we drove by. Just the sight of that kept me in a state of constant flowing tears.

We arrived to the graveyard and it was just as I remembered. My papaw’s grave (with my mamaw’s attached) was right in front of a fence along the country side. The sun rises in front of their graves and sets behind them, giving their graves a beautiful glow and warmth. As we all said our final goodbyes, I noticed a bunch of people standing on her father’s grave in protest. This is another story for another time but he wasn’t a good man. We didn’t see the actual burial as we all left so they could bury her.

We went back to my mamaw’s house and shared memories, laughs, food, and more with family. My cousin and I went into her old house and recreated a photo in her hallway that was taken of us as children. I could feel the memories, laughs, and warmth even though we were cold and sitting on a soggy box in the now weathered hallway. Saying goodbye in that way was beautiful for me. I truly needed that to be able to move on. It was a mission of mine for us to recreate that photo almost 24 years later.

After everything was said and done, we packed our bags and went to my mother’s side of the family to visit. The following month, we came back to look for my mamaw’s will. This time I brought my husband with me but the environment was less friendly and less warmth with family love. In a matter of a few weeks, love was spoiled. Without going into any details on this matter because it’s such a personal family matter and I respect my family during this hard time, I will leave it as there were some disagreements regarding my mamaw’s estate.

I wanted to go into town to try and find her will and to gather all family photos from her house. There is no telling how much longer that house will be up until it caves in and I didn’t want to risk our entire family history. My husband even helped me to take the final photo in my series of her house. It was a photo I couldn’t have taken by myself as I had to crawl across the broken floor for the image. We went into her house and unfortunately could not find a will or keys for the lockbox we found out about. We did however find letters my mother wrote to my mamaw before my brother and I were born and even a letter my papaw sent my grandmother 2 weeks before he passed. I now have one of the most precious items I will ever own I feel… The letter was simple but mentioned my parents, brother, and myself. You could feel the love he had for my mamaw and us. It was so very apparent in his letter.

Something else I never thought I’d own were photos of me and my papaw together. He passed when I was 4 almost 5 years old. I never saw a photo of us together until I looked through the albums with my uncle. There wasn’t just 1 but 3 photos of us together. I absolutely could not believe it. I even found photos of papaw with my cousin as a baby and my little head in there, too. Looking through all of the photos filled me with so much happiness. I don’t even know how I can describe the amount of crying I did this entire process. I guess the best way would be when Alice cried and started to drown in her own tears. That’s how I feel like I was the entire time.

It took me a really long time to talk about everything and I’ve omitted a lot of details from this experience but I’m thankful that I have a place to record my thoughts. For all of my family, once I’m finished getting copies of all of the family photos I have, I will be sending them back out and making a gallery for them for you all to view. Until then, I love each and every one of you from the bottom of my heart. Though I’ve learned many new things about my family, both good and bad, I will forever have love in my heart.