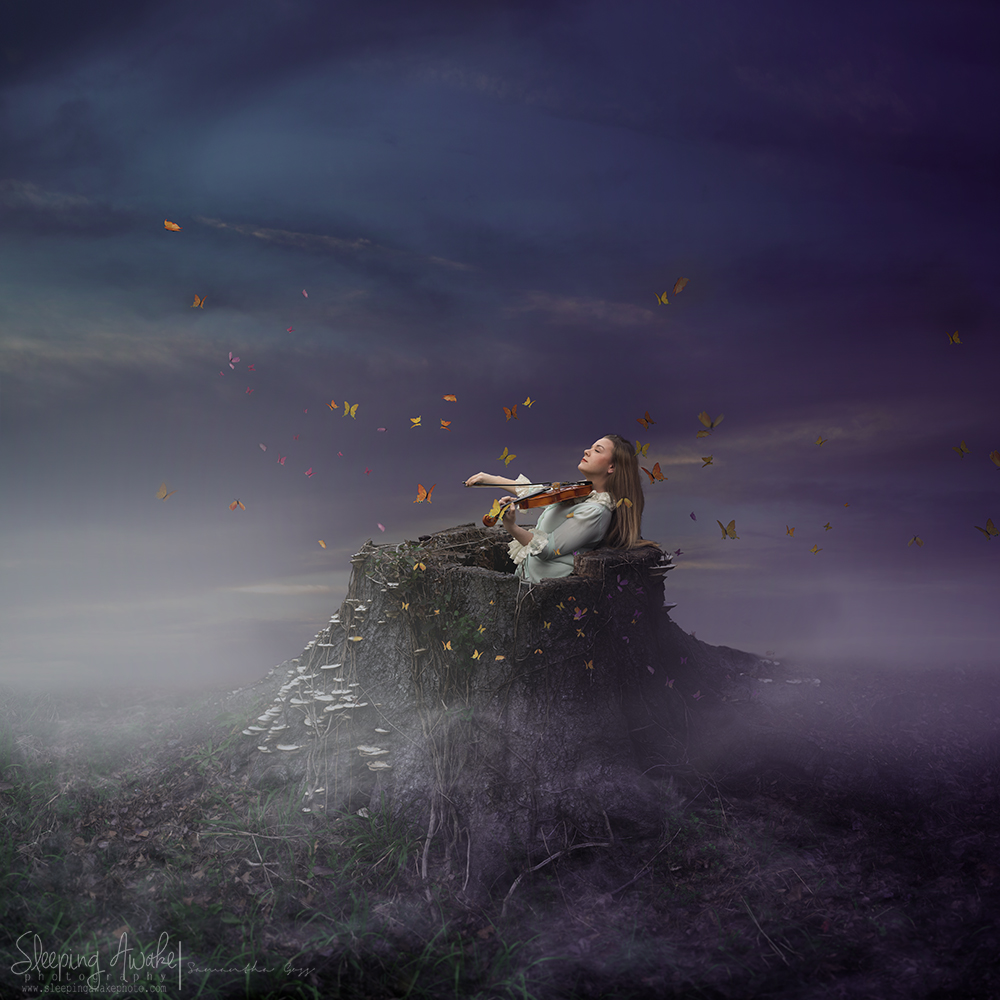 Posted at 03:11h in Blog by Samantha 2 Comments
Share

The song of silence speed edit is one of my favorites! I absolutely love this series I’ve been working on. I’ve haven’t added any more to this series just yet, but I have more images planned for sure.
This is image was a while ago but I finally finished the speed edit video for you all! As usual for this series of mine. I saw this beautiful tree stump along
side the road. When I say the side of the road, I seriously mean I was photographing 2 ft from the highway. When I saw this stump, I instantly knew what
I wanted to to with it. I made a call for models a few days before shooting there and got a wonderful person who responded named Ashley.

I went out the day before and examined the stump to make sure it was safe to go into. I checked and it all seemed good… until a piece of the stump broke
off while climbing out. Thousands  upon thousands of ants poured from the broken area. I of course was nervous but informed the model that we would
have to be careful. When we got to the photoshoot site, I told her I was just going to do a composite and to not get in. I was super worried that she
would get engulfed with ants if anything were to happen.

I took images of the stump and her separately and she pushed the topic saying she was fine and
that she’d still get in. After asking her a millions times if she was sure and to be careful, she insisted. I think I asked her if she was okay at least a solid 50 times.
She got in and out with no problem. Super relieved! I was later informed by her relative that she has bad allergies and if anything happened it could
of been bad for her.

Don’t scare me like that! Thank you for being a trouper and doing some weird with me for a few hours, for trusting me, and for being the first person to ever buy my art. I’ll never forget!