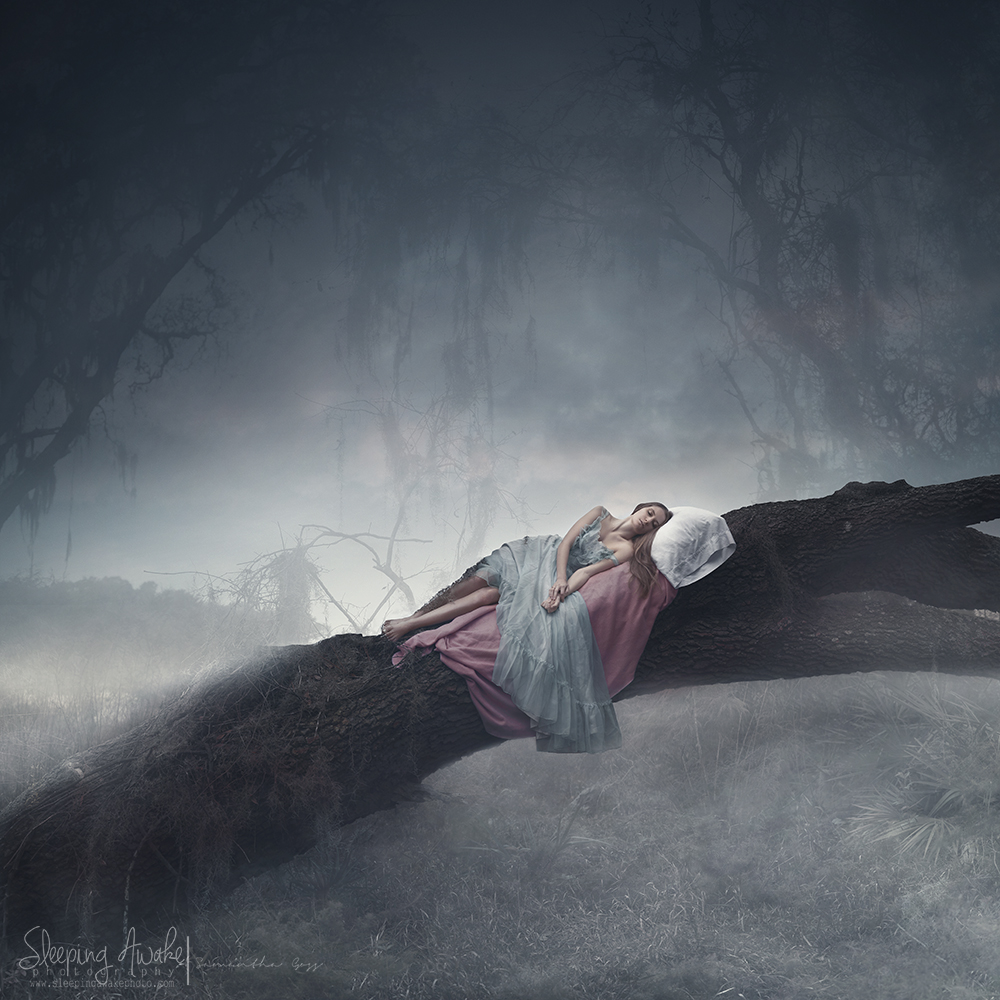 17 May Speed Edit-The Sound of Silence

Posted at 04:06h in Blog by Samantha 0 Comments
Share

This image was a lot of fun to create! I met up with Victoria and TJ in Florida while I was in town for a wedding in the beginning of January.
I met them last year at the Promoting Passion Convention and I was so sad that I didn’t get a true chance to work with Victoria. When I
found out the were in Tampa I jumped on the idea of us photographing together! They were so so sweet! I met up with them super early
because I wouldn’t of had time to photograph later and we were also trying to beat some rain that was trying to come in. I rushed over to
their place as quickly as possible, I’m definitely not a morning person so I’m pretty sure I was late… but they took me to a beautiful open area
with a field and some other nature scenery. For our shoot I was working on two specific images. One is called “Sleepy Forest” which is for
my In Search of Sleep series, and then this one called “The Sound of Silence” which is my connecting piece between my two series In
Search of Sleep and Solitude.

This image particularly is all about the mood… the feeling of silence. I look at my sleeping as a dance. A dance between sleeping and being
awake. Limbo. I typically can not sleep in a room without white noise. I use white noise as a way to drown out the voices in my head when I lie down,
but there are few times where it is so quiet the voices stop and I just hear my blood flow. Those silent nights are odd to me. They’re so quiet I can
actually hear the silence. Void of any noise but your own body. Nature has a way of making me feel calm… making me whole with myself again.

The Sound of Silence Speed Edit