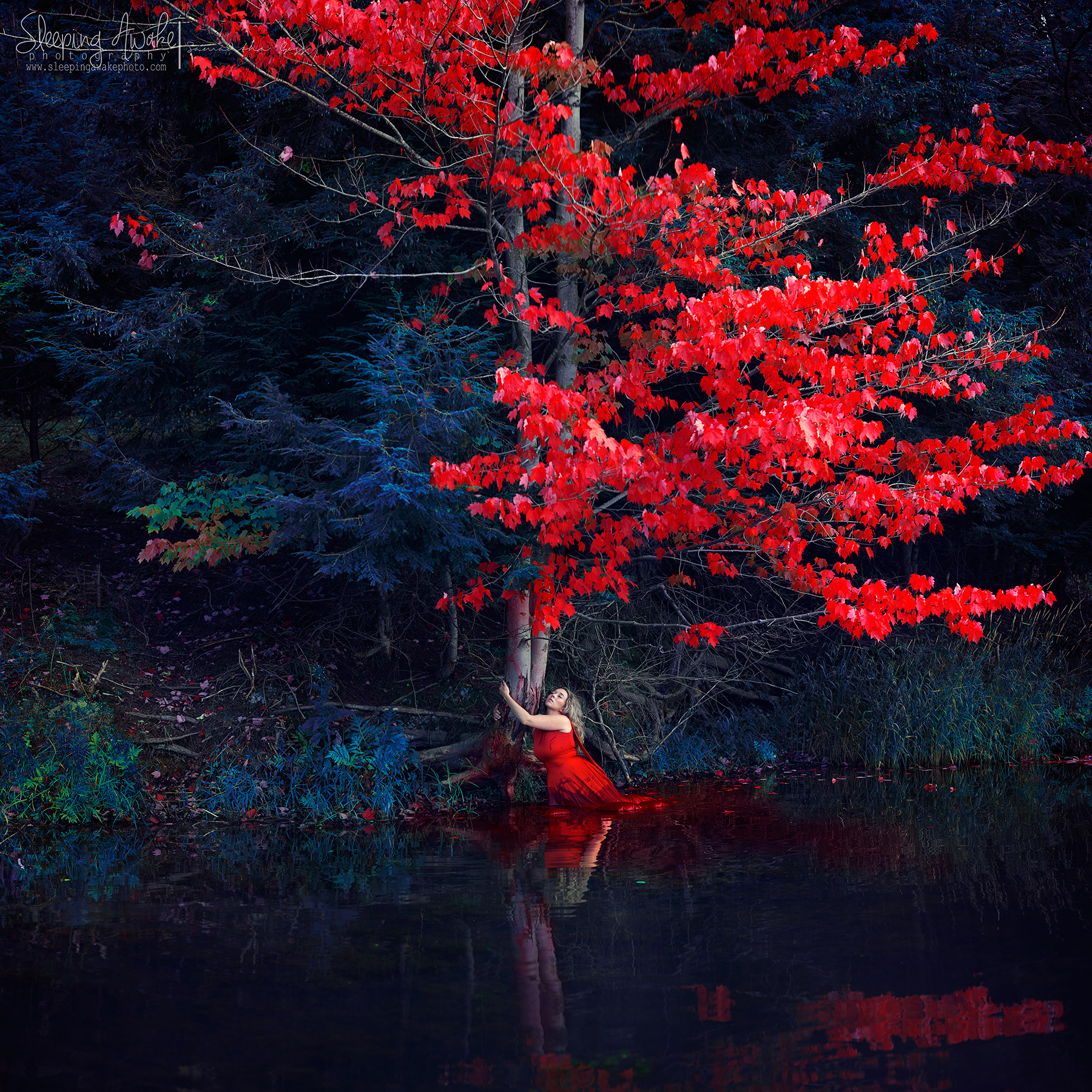 It’s quite obvious I haven’t been very present in my art life the last two years. Wow, it’s been that long already? When your life takes a turn and you get thrown into all sort of weird situations, you do what you must to in order to just survive the day. That’s what I’ve been doing the last two years, surviving the day.

I wrote briefly, in detail, about a job I had last year. A job that went from being fun and happy to dealing with drama that had nothing to do with me, being guilt tripped into working longer and harder, and being kept quiet about my feelings for the fear of retaliation. Simultaneously I was dealing with chronic migraines. All day and every day I’d wake up with a splitting headache and was constantly fatigued because of it. Now, being tired all the time is nothing new to me but dealing with a migraine and being tired was a lot more than I could handle.

At first I thought it was just the bright lights I always worked under, at one point I had acetone poisoning. It was just headache after headache and it was heavily effecting my art and work life. After I moved back to my hometown I was able to focus more on my personal life. These headaches still continued but here I am dealing with being sick for an entire week out of every month.

At the beginning of the year I had an allergic reaction to a chemical used in a costume I was making. I was running fevers, lost my hearing during it, and broke out in an entire body rash. When I say the itching was intense, I mean it was absolutely the worst thing I’ve experienced. No matter how much I scratched, I couldn’t satisfy the itch. I don’t know how I didn’t peel my skin off from scratching and I actually had to cut my nails to keep from harming myself. Shots and cremes were given to me. I had to go to doctors and dermatologists. It took a month to go away. Then, I was sick with a sinus infection.

It’s like it never ended, though. I had an awesome opportunity to work with a photography company touring America, seeing amazing performances, and taking amazing photographs. I was still getting sick every month. It kept me down and my free time was extremely limited because of it. On top of that, I started to develop extreme pains in my upper back and right shoulder blade area. I decided to go to the chiropractor and got my x-rays back. Of course, why wouldn’t I have something?

Turns out, I have scoliosis. It started in my lower back which you could how messed up one of my vertebrae was. On top of that, the answer to my migraines finally surfaced. My neck had a 9-10 degree curve in it. Which, if you’re not familiar… that’s bad. Really bad. My neck was so straight that it was causes pressure at the base of my skull and giving me migraines. After some adjustments, I no longer have migraines. Something I dealt with for 2 years was finally gone.

Relief at last! Nah, I still had sinus infections every time I turned around. It’s been a never ending battle but I think I finally narrowed down to what was causing them all the time. Children. This year I’ve worked with nothing but children all year. I went from working in a children’s photography studio, to touring and photographing professional children’s dance competitions, to being a nanny (because that’s all my body can handle right now). I have been around thousands of children this year and they’re walking breeding grounds for germs. After I was placed as a full time nanny with ONE child and not a new kid every day… my sickness has stopped.

I still deal with things day to day with chronic fatigue and my back, but it’s coming around and I’m thankful for everything that has improved dramatically this year. All of that was to explain why I’ve been so absent these last few years. I went from creating one piece a week to making maybe 10 a year. That’s not me at all.

2018, I’m going to focus again. My wedding is over (married September 17th) and I’ve been able to take care of some major life things, I feel like I can be me and do art again. Next year I will be challenging myself to a 52 week project once again. Even if the work comes out horrible, at least I’m challenging myself again. I’ll also get back into the habit of doing more blog posts. Believe or not, I actually have written a lot of blogs this year and have not published any of them. They’re all as long if not longer than this one. I’m not sure why I never published them. I guess I wanted to get things off my chest but never fully allowed myself to make it public. I may publish them in the future anyways. Who knows.

As for now, I’m going to enjoy the rest of my 2017 and I’ll see you guys in 2018 with more art and being active again. Thank you for everyone who has followed my art no matter what. It means more to me than you will ever know!