Posted at 16:31h in Blog by Samantha 2 Comments
Share

I want to talk about the awesome things that has been going on lately. More specifically, all the fun I had last week. This is my blog post for last week for my 52 week project, seeing how I was out of town and couldn’t complete and upload it. Last year around March or April, I had this crazy idea to put on a show with amazing photographers. To my surprise, I had 20 artist who put their faith in me to curate and host a wonderful show. That began the long process of many new lessons that I learned and lessons that I hope others will learn as well!

Panorama of Gallery 29 right before the opening reception

Let’s start off with why I decided to do this show in the first place. I’ve hardly ever, if at all, have had the chance to show with some of my friends or favorite conceptual photographers. So yes, I did have “selfish” reasons to make this show. That aside, I also had a lot of friends who have never even shown in a gallery before or who have not shown in America. I truly wanted to open up a door for these great artist and their work. I’m hoping I did just that. Whether it be some clarity to how some gallery things work or maybe they did the show and actually hated everything that goes into it. It’s definitely not a cheap endeavor.

After I gathered up some interest in the show, I wrote a small proposal and contacted a gallery I have been in twice: once for a group exhibition in 2014 and then my own solo exhibition in 2016. Excitingly enough, they loved the sample work I sent over and approved my proposal for a show. Unfortunately, everything was booked up for the rest of the year except for one gallery room that I wasn’t interested in. I wanted us to have a big room with windows that faced the streets and I didn’t compromise that either.

After booking the gallery space, the one I wanted, it turns out that we wouldn’t be able to have the show for 9 months. At first I was kind of upset because I wanted it to be a bit sooner but then I thought this would be the perfect opportunity to allow new showing and international artists to gather everything they needed and not feel rushed. This whole process was supposed to be as easy going as possible for everyone so that they could get the run down on everything instead of jumping into something and getting confused.

I’m glad I did it this way. I hope a lot of people learned about packaging, cheaper options, etc. One of my goals were to show others how you don’t have to spend a lot of money to have nice looking and presentable frames. I’m in the process of making a few videos about all of this that would probably be more beneficial than typing it all out, but I’ll get to all of that soon!

The show opened up on January 18th at 6pm and it was great! I specifically scouted this gallery because I knew it’s track record with their openings. I knew this was the best place for people to show for the first time and I was sure it would encourage everyone to do more with their work. The  reception was huge and had a constant flow of people going through it. Even before the show opened, while we were still hanging artwork, people would come in and look at everything. The responses were exactly what I hoped for.

We had very mixed interests depending on the person. Some people really liked the more ornate images while others really enjoyed the simple and clean images. There was definitely an image in this show for every person to connect to and that’s what I wanted the most out of this show. For people to feel connected through photography. Even if they don’t specifically feel connected to the artist, maybe they feel more connected to themselves based on a piece that they viewed. 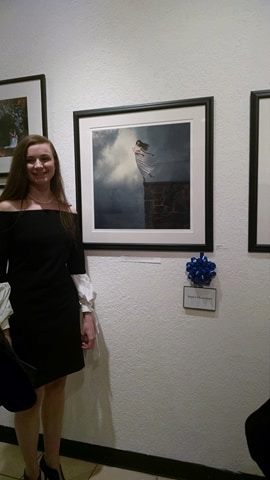 We also held a little “People’s Choice” award. People came in and looked through all the artwork and wrote down their favorite piece of work. In the end, it was Lillian Merritt, our youngest artist in the show, who won everyone over. She was great. She talked to other attendees, presented herself in a professional manner, etc. I couldn’t be more proud of her and she deserves this award. This was also her first show! How exciting is that?!

Something else that is really great about the 3rd Thursdays in Orlando is that they have a little new show called “OrlandoLive!” that goes around and interviews the artists from the shows. This time, Chrystal Oliver and myself were both interviewed and talked a bit about our work and I talked about why I curated the show and what the sole purpose this was created for. 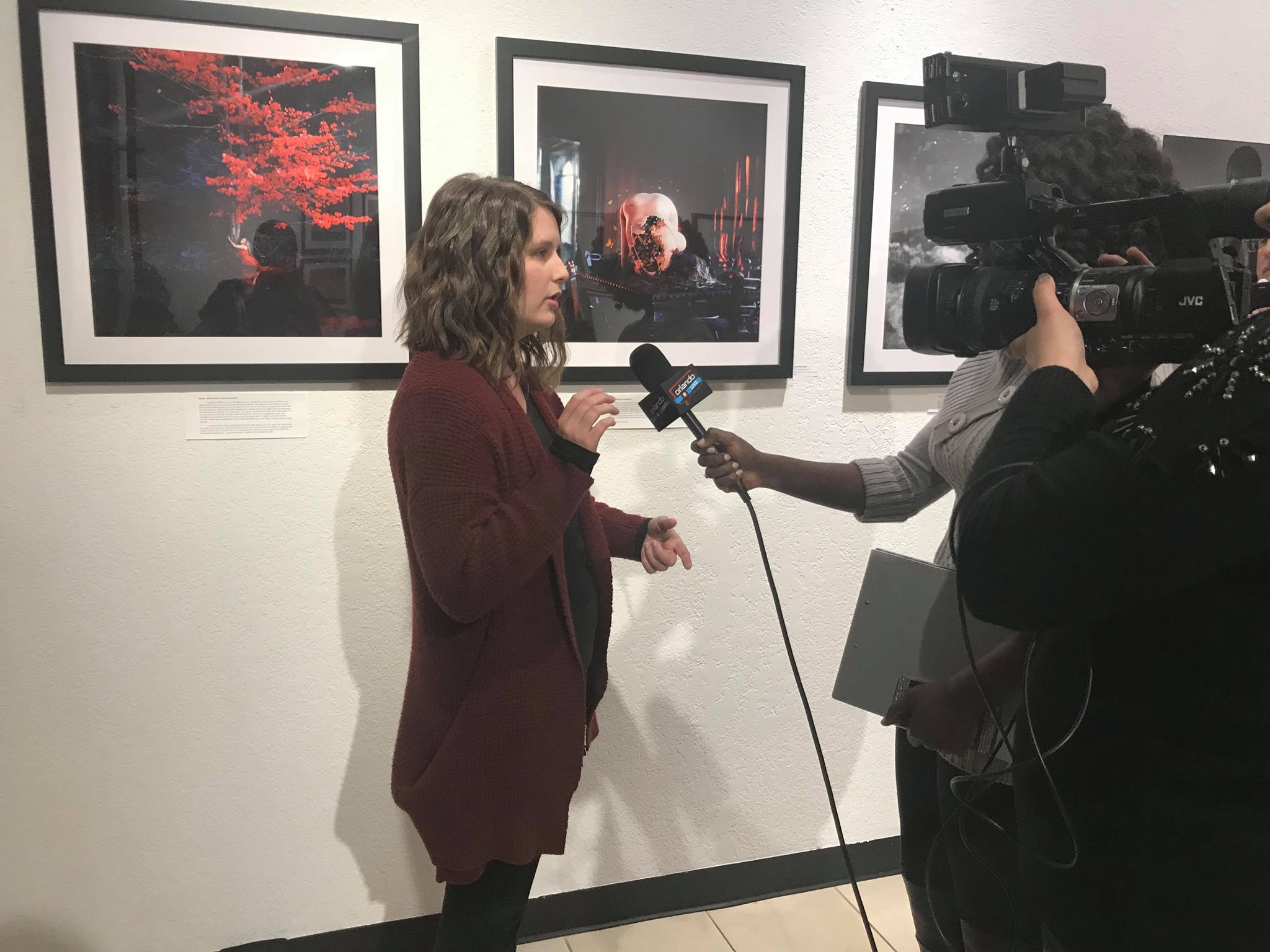 Samantha Goss being interviewed by OrlandoLive! 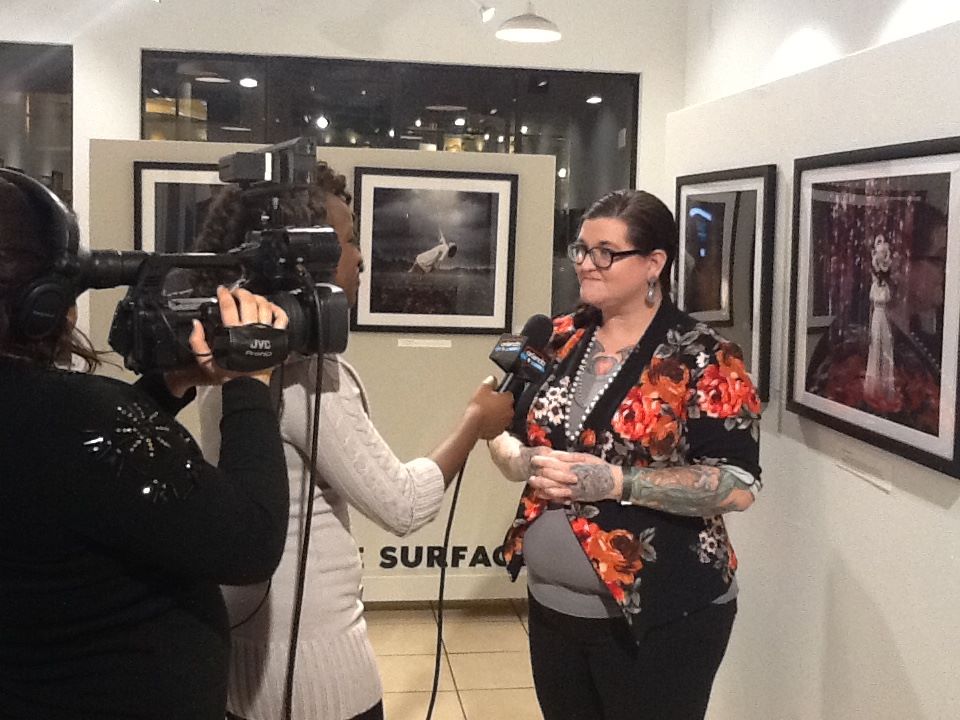 Chrystal Olivero being interviewed by OrlandoLive!

All in all, the show was amazing and it’s still up until February 10th, 2018. I will be writing out another blog Friday that goes into more detail on some of the struggles that went on for the show including my normal struggles not 100% specifically related to the show itself.

Here is a Facebook link to the images from the exhibition: Beneath the Surface Exhibition 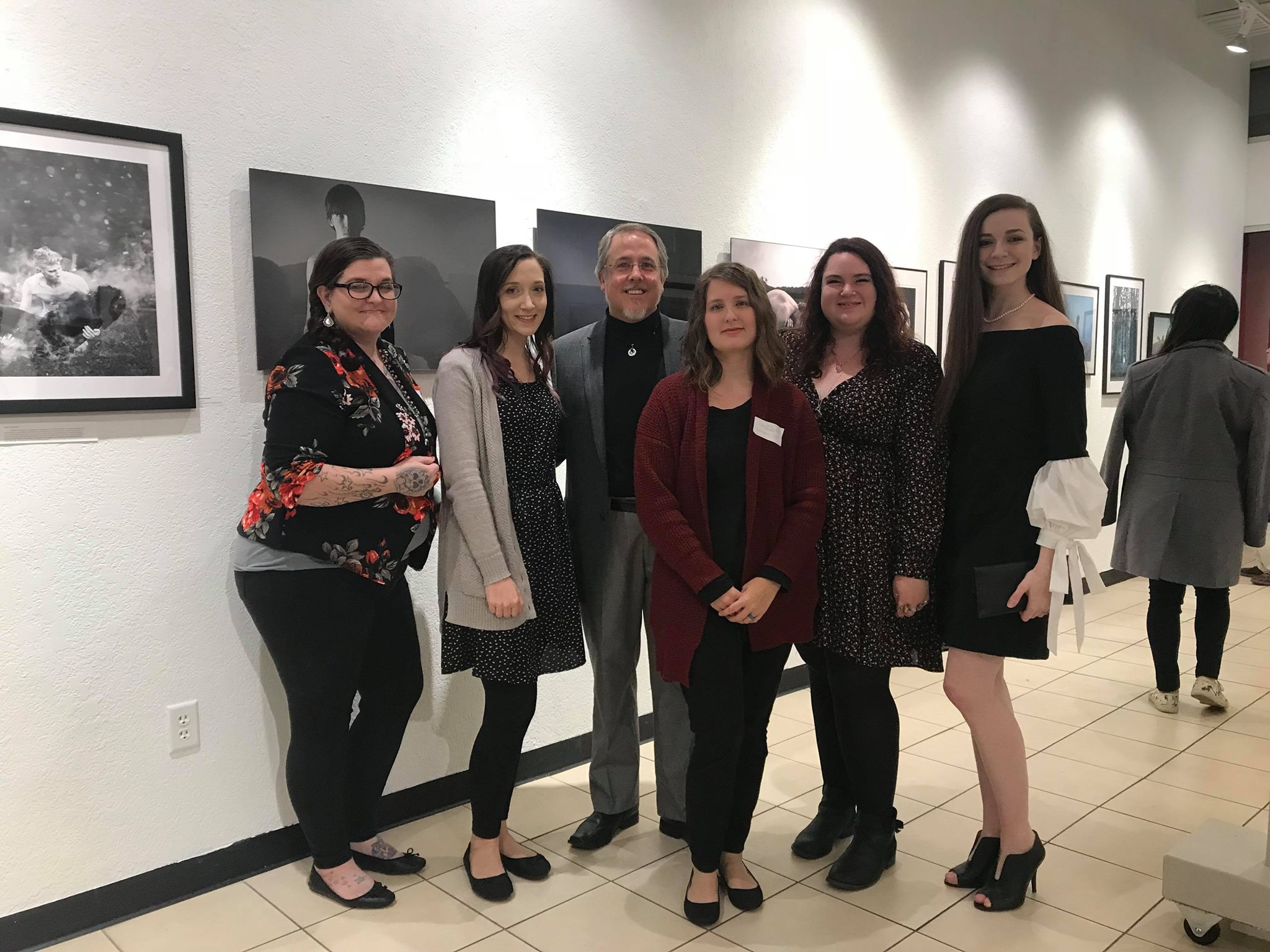